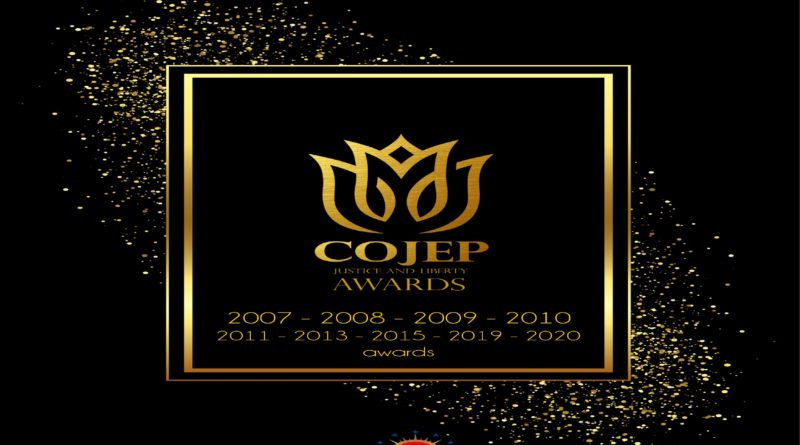 The Cojep was created in 1985 and has its headquarters today in Strasbourg. Our NGO has consultative status with the Economic and Social Council (ECOSOC) of the United Nations, UNESCO (NGO Liaison Committee), the Council of Europe (Conference of INGOs), the OECD and is accredited by the European Parliament and the OSCE. In addition, we have coordinations in Asia, Eurasia, Africa, the Middle East, the Balkans and the United States.

We have gained experience over time. Today, Cojep works for humanitarian values. We have demonstrated to international organizations the importance of our role (the role of the civil society) in the development, strengthening peace, justice, rights, freedoms and democracy.

Our NGO has proven itself in these fields by becoming an accredited and respected organization by the international community.

The COJEP Awards Ceremony is a major annual event. Our aim is to reward important personalities in the struggle for justice and freedom. Since 2007, personalities from the political, artistic, sporting, intellectual world or from civil society have received this prize. 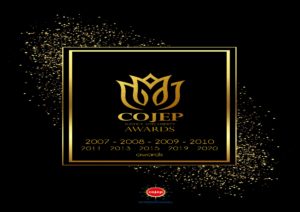 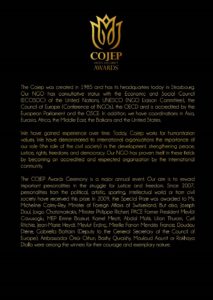 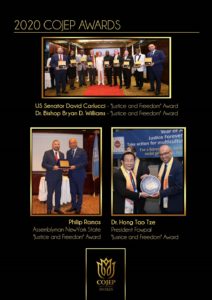 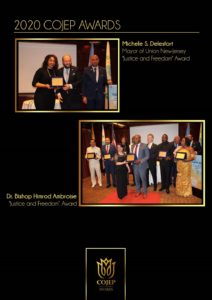 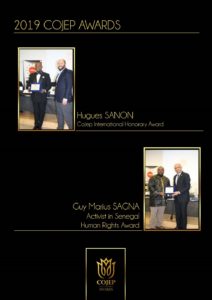 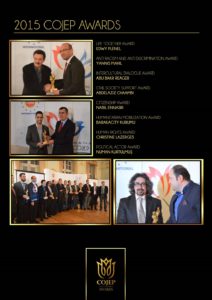 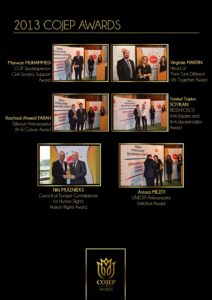 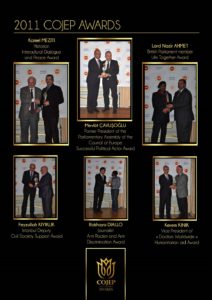 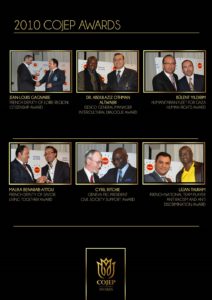 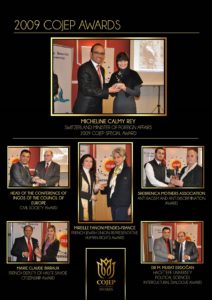 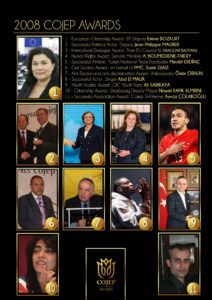 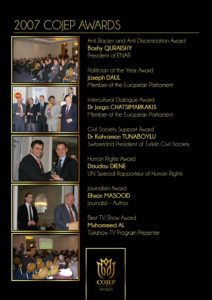 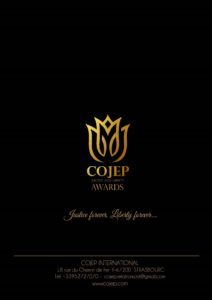