Invitation to a side event to the Council of Europe

Invitation to a side event to the Council of Europe 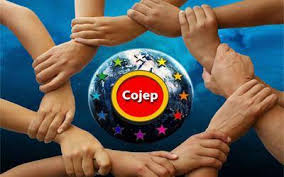 Turkey has hosted around 1.65 million Syrian refugees during the last 3.5 years. 13-14% of these refugees are sheltered in 22 camps (accomoda on centers) located in 10 provinces; Şanlıurfa, Gaziantep, Hatay, Kilis, Mardin, Adana, K.Maraş, Adıyaman, Osmaniye and Malatya. The real mass of the at least 1.4 million people are outside the camps, spread across almost everywhere in Turkey.

More than 53% of the Syrians in Turkey are children and youth below 18 years old. There is a serious problem about the educa on enrollment of Syrian children since their stay was not expected to take so long in the beginning and the medium of instruction is Turkish. Despite better conditions in camps, the general rate of enrollment remains at the low levels of 15- 20%. Rest of the young Syrian refugees are out of formal education. However, education for these young refugees is very important since securing these children’s education will reduce the risks of early marriage and military recruitment of children by armed groups, stabilize their economic future by increasing their earning potential, and ensure that today’s young Syrians will be be er equipped to confront uncertain futures.

Our Project’s main objective is, as highlighted in the project tle, to « Develop and Implement Science Training Program for Young Refugees » and the main target group is young Syrian refugees who are not a ending any regular education program.

Participating organizations have experience in research and/or education at academic level. They will combine their experience and exper se to develop science training program for young Syrian refugees.

COJEP International is a nongovernmental organization with 15 branches in European Countries. COJEP works in the following spheres: Human Rights, Democracy, fighting against racism and discrimination, intercultural dialogue, living together, the citizenship and the other kinds or areas which are interested in the society. With its wide organizational structure, COJEP has an intensive experience on the related practices in Europe. COJEP will have a basic role for the exchance of experiences and know-how during the whole project duration.